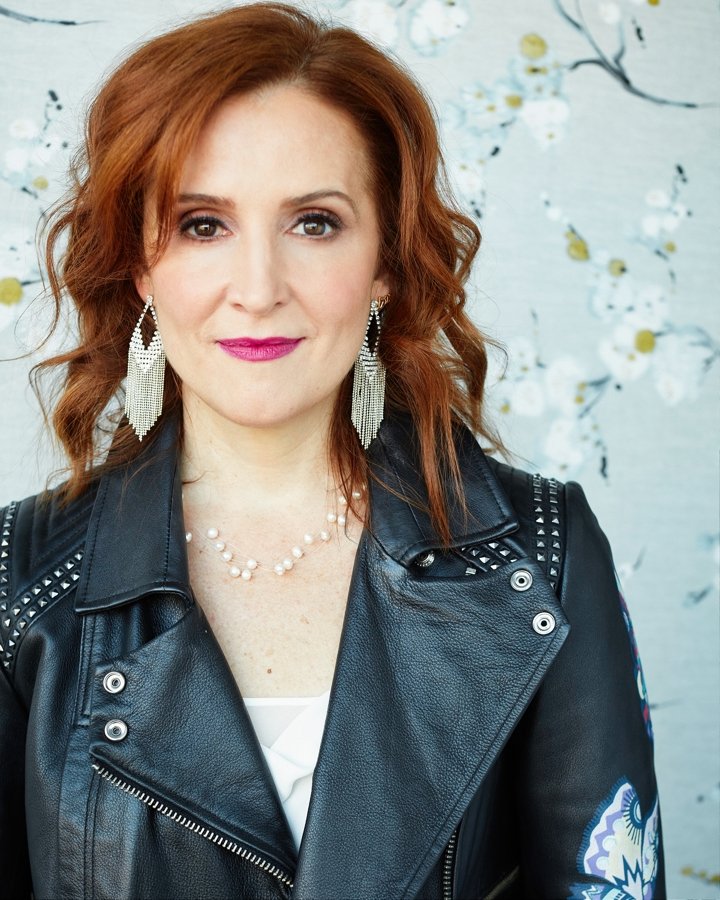 New York, NY, United States - 06/29/2022 — Tricia Brouk is an international award-winning Director, Writer, Author, Filmmaker, former executive producer of TEDxLincolnSquare and Founder of The Big Talk Academy, she was recently chosen by the International Association of Top Professionals (IAOTP) as the Top Inspirational Director of the Decade for 2022.

Inclusion with the International Association of Top Professionals is an honor, and only 10 members are selected for this distinction. Tricia Brouk is being recognized for her exemplary efforts and genuine dedication to inspire and empower professionals all over the world, while enhancing society through her service. She has more than 30 years of professional experience as a successful writer, producer, filmmaker, director, author and speaker. Tricia will receive this distinction at IAOTP’s 2022 Annual Awards Gala West being held at the Bellagio Hotel in Las Vegas this December. www.iaotp.com/award-gala

The President of IAOTP Stephanie Cirami stated, “We are honored to have Tricia as part of the IAOTP family. She is an inspirational leader, who uses her expertise and entrepreneurial drive in every role she has served. Being recognized by IAOTP as a unique individual, she has maintained her commitments to her community and shows extraordinary efforts in all she is affiliated with. We know we will continue to see great things from this amazing woman. This is what makes Tricia so phenomenal.”

With more than three decades of professional experience in the entertainment industry, Tricia has certainly proven herself as an accomplished professional and expert in the field.  As a talented, dynamic, results-driven leader, Tricia has demonstrated success not only as a director but has also applied her expertise to the art of public speaking and she is the author of The Influential Voice: Saying What You Mean for Lasting Legacy, which was named a #1 New Release on Amazon in December of 2020.

Most recently, Tricia is being featured in a documentary called Big Stages, which highlights the transformation of speakers. She is the host of The Big Talk podcast, on iTunes, which was also listed on the Outstanding 100 podcasts of 2019 on the Data Bird Research Journal. Tricia founded The Big Talk Academy, where she certifies speakers in the art of public speaking. She is also the host of The Speaker Salon in NYC. Above all, Tricia remains committed to inclusion and diversity, this is a top priority for all of her shows, events and communities.

Her impressive repertoire of prior roles has included Executive Producer of TEDxLincolnSquare, Speakers Who Dare and she choreographed Black Box on ABC, The Affair on Showtime, Rescue Me on Fox, and John Turturro’s Romance and Cigarettes.

Tricia earned her BFA from Stephens College and is a member of The Forbes Business Council. She belongs to prestigious organizations such as MG100, Women in Media Group, the Dramatist Guild of America, New York Women in Film and Television, Screen Actors Guild, Stage Directors and Choreographers Society, Association of Transformational Leadership and the League of Professional Women in Theater.

Throughout her illustrious career Tricia has received awards, accolades and has been recognized worldwide for her outstanding leadership and commitment to the profession. This year she will be considered for the prestigious lifetime Achievement Award given by the International Association of Top Professionals (IAOTP). She was awarded as an Empowered Woman of the Year for 2021, she was featured in TIP (Top Industry Professionals) Magazine and was selected as the 2019 Top Director of the Year by IAOTP.

Additionally, Tricia was awarded a Golden Thumb Award from Roger Ebert for John Turturro’s Romance and Cigarettes. The series she directed “Sublets” won Best Comedy at the Vancouver Web-Festival. The documentary short she directed and produced “This Dinner is Full”, was official selection at the New York Women in Film and Television Short Festival, as well as the NYC Independent Film Festival and “Right Livelihood: A Journey to Here, also produced and directed by Tricia won Best Documentary Short at the Olympus Film Festival, Los Angeles Movie Festival, Under the Stars Festival, St. Louis Filmmakers Festival, and Official Selection at The Manhattan Film Festival, The IndieFest Festival, Independent Shorts Awards and the International Women’s Film Festival.

Tricia is also a sought-after public speaker, speaking coach, published author and an active volunteer as a Choreographer of Visible Ink for Memorial Sloan Kettering Cancer Center, and produced a Benefit for Planned Parenthood, where she helped raise over $10,000 for the non-for-profit. Her current project The Big Talk Over Dinner is a new television series comprised of 6 episodes where she invites people to have dinner with her to discuss hard topics like, Race, Religion, Politics, Immigration, Leadership, Gender, Marriage and Arts and Entertainment, in order to show people how it’s possible to have mindful conversations while also having differing opinions.

Looking back, Tricia attributes her success to her perseverance, mentors she has had along the way, and staying passionate in all her business endeavors.  When not working, she enjoys cooking, traveling, mentoring young people, and spending time with her husband Joe. For the future, she will continue to inspire and empower people with her work, by elevating and amplifying voices in order to make the world a better place.

The International Association of Top Professionals (IAOTP) is an international boutique networking organization that handpicks the world’s finest, most prestigious top professionals from different industries.  These top professionals are given an opportunity to collaborate, share their ideas, be keynote speakers, and to help influence others in their fields. This organization is not a membership that anyone can join.  You must be asked by the President or be nominated by a distinguished honorary member after a brief interview.

IAOTP’s experts have given thousands of top prestigious professionals around the world, the recognition and credibility that they deserve and have helped in building their branding empires.  IAOTP prides itself to be a one-of-a-kind boutique networking organization that hand picks only the best of the best and creates a networking platform that connects and brings these top professionals together.