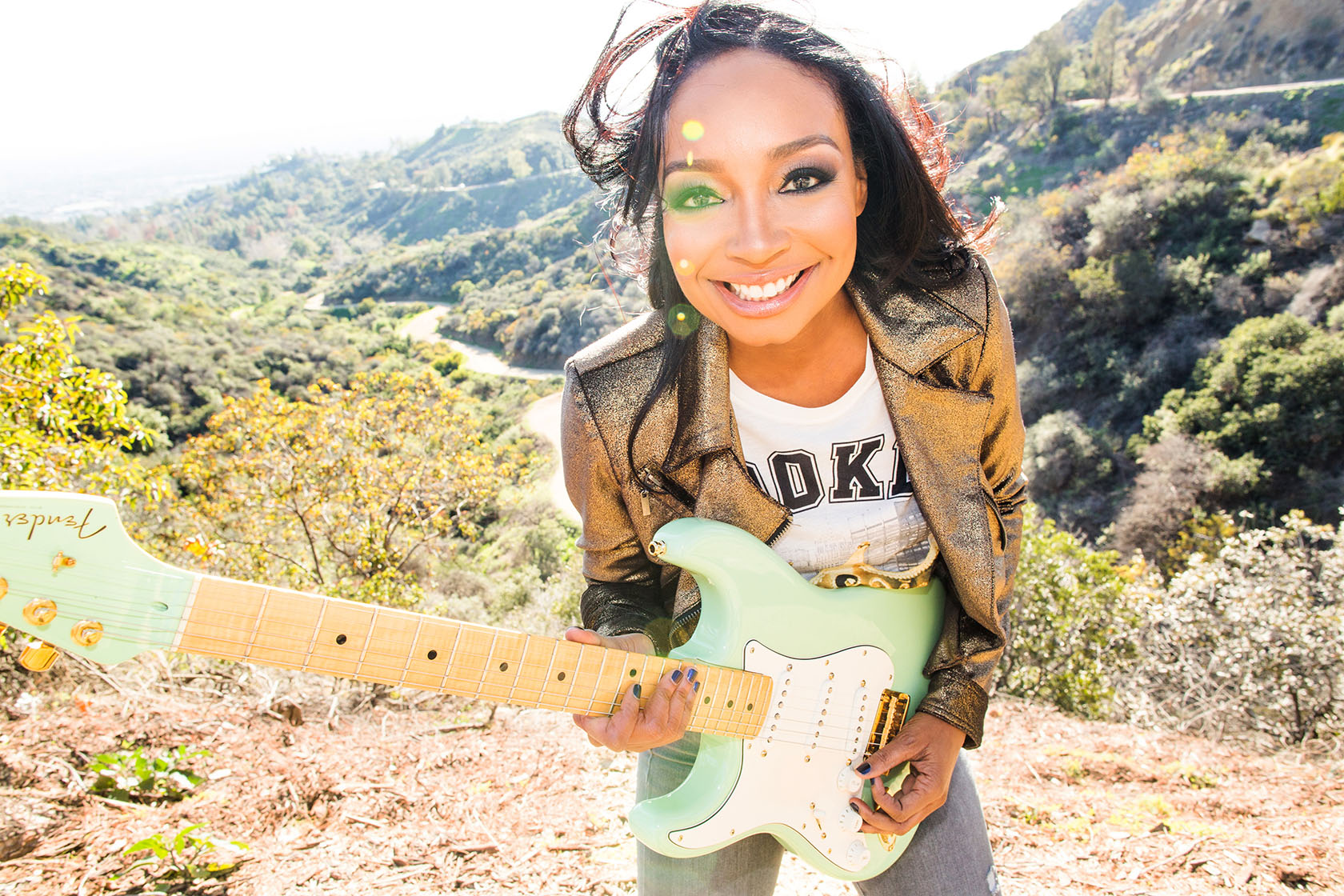 LOS ANGELES, CA - 3/16/2016 (PRESS RELEASE JET) -- International recording artist Malina Moye’s new single “Are You The One” is available now and is currently the second most added song nationwide to the UAC radio format for the week 3/19/16 according to Billboard (BDS). The song showcases Moye’s sultry vocals and savvy songwriting. The remix was produced by Grammy winning producer Bjorn ‘Polar Bear’ Soderberg  (George Clinton, Snoop Dogg, Jurassick 5). Moye’s EP “Rock & Roll Baby” (WCE/BDG/Sony RED) has charted several songs. Her single “K-yotic,” featuring funk legend Bootsy Collins, was the most shared song in the country on Billboard’s Twitter 140 chart, peaking at number 5, and her rock anthem “A Little Rough” enjoyed three weeks on the Billboard Emerging Chart. Malina kicks off her “Rock & Roll Baby” tour on April 22, 2016 at the Seabreeze Jazz Festival before heading to Europe to headline a club tour. Check out Tour listings below.

Flipping a Fender Stratocaster upside-down, acclaimed singer/songwriter/lefty guitarist Malina Moye fills a void in the entertainment industry. Described as a musical pioneer and regarded as one of the world’s top female guitarists to know by Guitar World Magazine, Moye has carved out her own lane in today’s music scene as one of the few artists in history able to straddle both Rock and Soul genres.

On stage, Malina delivers an intoxicating fusion of funk- blues  rock. Her latest record “Rock & Roll Baby” has set social media on fire with the funk-rock anthem “Kyotic,” which debuted at the top of the Billboard Twitter 140 chart at number 5 and on Billboard’s Hot Single sales chart at 11. Guitar World Magazine touts Rock & Roll Baby as “insanely good” with “a seductive passion and feel that Malina brings in her guitar playing.” The Examiner states “Moye is one of 10 national U.S. independent artists to see,” and Billboard Magazine calls her “K-yotic” collaboration with Bootsy Collins “explosive.”

Moye has performed with some of the most celebrated music icons in the world, including a Rock & Roll Hall of Fame Tribute performance for pioneer Chuck Berry, she headlined a sold out show with Chaka Khan honoring Stevie Wonder, as well being the first African-American woman to play the National Anthem on guitar at a professional sporting event: Vikings vs Cowboys—the most watched NFL game of the year.  The songstress was also featured in the UK documentary “Stratmaster: The Greatest Guitar Story Ever Told,” and during her 2013 Summer European tour, Moye performed “God Save The Queen” honoring the Queen of England at the Goodwood Festival of Speed. Moye was also apart of the Experience Hendrix tour in 2012 & 2014.

‘Are You The One’ video (original): https://www.youtube.com/watch?v=zc7MLDkO7Ok

Compose your email to Sara Winters at Wce Records.